This award, established in 2015, recognizes and celebrates distinguished service to the team above and beyond the call of duty, including extraordinary leadership, selfless sacrifice, invaluable teamwork and exhaustive man-hours over years of dedicated service. It further honors and esteems wisdom, devotion, knowledge of the team and league, vast experience in multiple team positions, and contributions that create and/or maintain the team’s positive culture. It is not an annual award, as there will be few who will serve as Vern has served in the years to come. 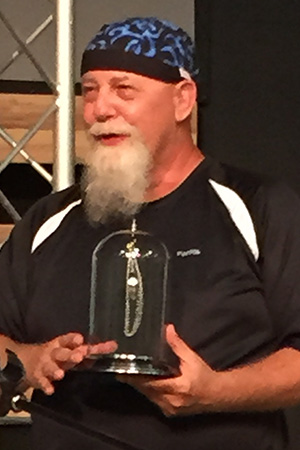 The Weinkams have been a part of the CWST family since 1993 when their daughter started swimming at the age of 5, so 2015 marked their 23rd year with our team! Vern started volunteering with meet set up and tear down and place picker (a position that has since been discontinued). In his 2nd year, he took a board position as League Rep and Meet Director, a position he held for 12 years! Then he spent a year training a new Meet Director before stepping down from the board and serving as Starter for several years. He enjoyed several years off before rejoining the board in 2014 as Meet Director after his grandson joined the team. In 2015 he directed 5 dual meets and served as Starter for BOTH Meets of Champions, arriving long before the first meet started at 8:00 am and staying until the last race was finished after 10:00 pm, standing for the duration in the heat, and all the while feeling under the weather. Mind you, all of this hard work was served without complaint or excuse - even though his grandson missed all but 1 meet this year! To express their appreciation, the board bestowed upon Vern a pocket watch encased in glass with the following quote: "The greatest gift you can give is time, for it’s a portion of your life you can never get back.” 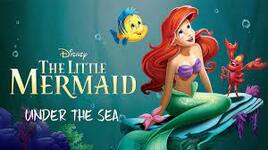 Did you know? High-level swimmers stretch for over an hour each day, both before and after the workout! Swimming is a sport that utilizes almost every muscle in your body. Spend a few minutes every day (a few times a day) stretching to improve flexibility, improve performance and to prevent injury.

Don't have a Twitter or Facebook? That's ok!  You can still get our tweets on your phone.

Send "Follow CWSTStingrays" to '40404', and you will start receiving Tweets from your device.

You can also find us on Remind: Join the CWST Remind

Your Shopping Cart is empty 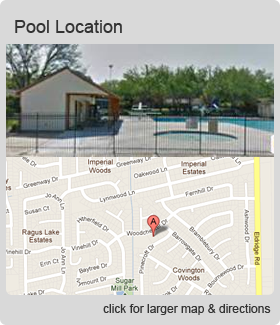 We Swim. We Cheer. We are Stingrays!

If you're thinking of buying, selling, leasing or investing, Think BRAVO! I would love to earn your trust and business #buywithbravo #soldbybravo

Martin Mechanical Air Conditioning and Heating is a family business. Our mission is to create a level of customer satisfaction that surpasses the norm..

Find out why other Sugar Land-area residents prefer the chiropractic and wellness care that we provide at Maxson Chiropractic.

Whether it’s Residential or Commercial pest control you need, CALL US TODAY for your FREE estimate.